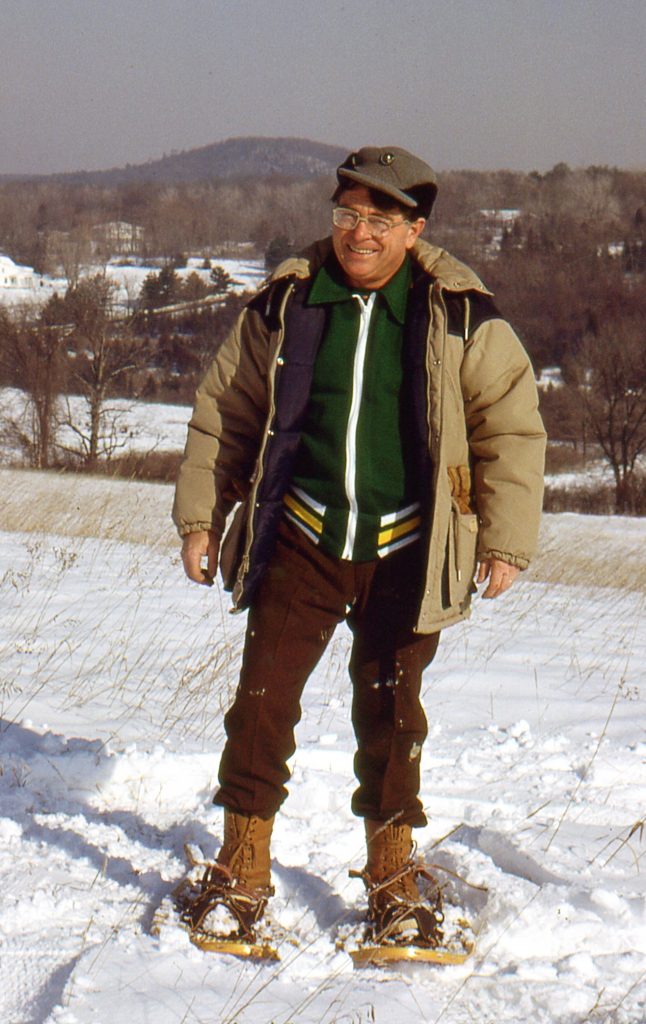 Emil Schoch and his wife, Viola Cookingham Schoch, retired to Viola’s family farm on Fiddler’s Bridge Road in 1985. Until his death in 1996, Emil was an active member of the Clinton community and made valuable contributions to our small town. Working with Bill McDermott, president of the Clinton Historical Society, Emil established the Landmarks Award for the Historical Society, with many major structures receiving this designation. The Clinton Historical Society has continued making Landmark designations. Currently 42 structures have been named as Clinton Landmarks.

Emil also developed understanding about the significance of the environment in Clinton, focusing on unusual wetlands on his farm. These wetlands were protected because of Emil’s efforts, and subsequently were discovered to be the breeding habitat of rare turtles.

When Emil understood the significance of historically or environmentally important areas, he committed to protecting the structures and the land. Because of this commitment to our community, the Clinton Conservation Advisory Council developed the Emil Schoch Conservation and Preservation Award in 2001. The award recognizes Clinton residents who have preserved natural areas, established and implemented a farm plan, or maintained or restored an historic structure or home. The Conservation Advisory Council determines the recipient of the award each year, which is presented by the Clinton Historical Society at its Annual Meeting in the spring.

The Emil Schoch Award plaque is displayed in the office of the Clinton Town Clerk.