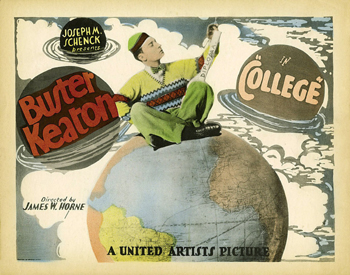 In one of his best and most hilarious performances, Buster Keaton plays the ambitious “bookworm” suitor trying to win the heart of Mary who has eyes only for her athletic boyfriend, Jeff. Mishaps abound in his athletic endeavors, including a raucous rowing competition! Alas, Mary is kidnapped by a harrowed Jeff…can Buster save the day and “win the girl”?

Join us as we re-create the days when theaters featured silent movies with organists who matched the action on the screen with their creative playing.

Please note location and time for this event.