American Cider: A Modern Guide to a Historic Beverage 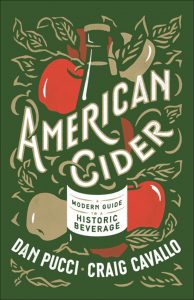 New York’s Hudson Valley is home to commercial apple growing in the United States. With a moderate climate and a quickly developing urban hub in what became New York City, the region was primed for supplying local markets with fresh eating varieties. Today the Hudson Valley produces nearly half of New York State’s total apple production, and some of the best cider in the country is made right in our backyard. Listen in as Craig and Dan explain how this came to be and where orchards and cider are heading in the future.