HISTORY OF THE CREEK MEETING HOUSE 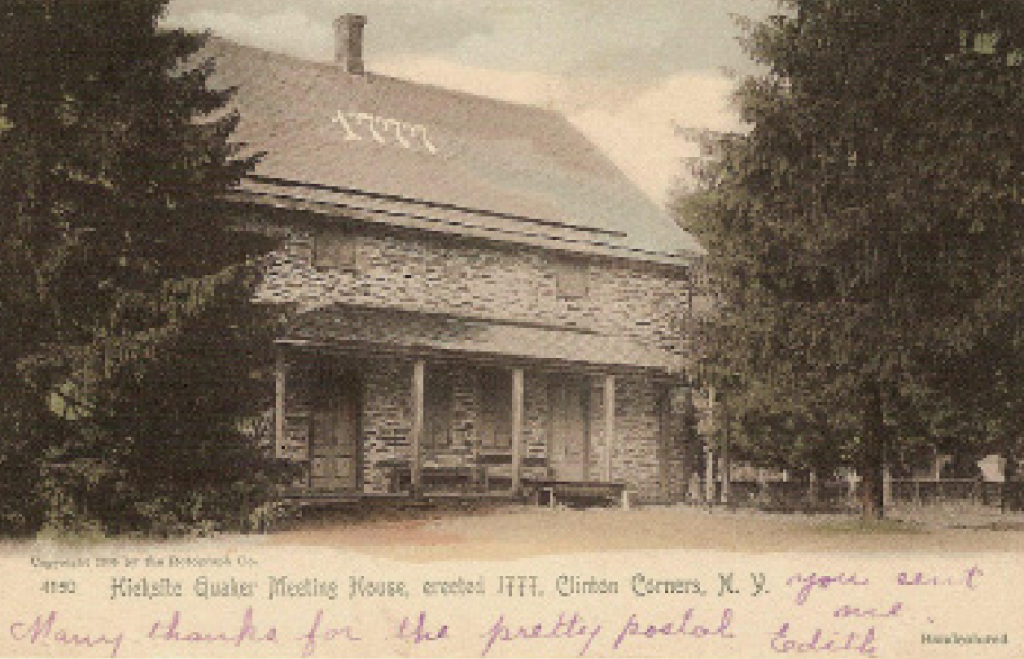 In 1762 and 1770, Friends meeting at Nine Partners (Millbrook, NY) allowed the Friends “over the Creek” (five men and three women, heads of families) to hold worship meetings in Jonathon Hoag’s house just north of the present building. These events began the history of Creek Meeting House.

The Friends on the “other side” of the Wappingers continued to press for approval to hold weekly meetings for worship. In 1775 a committee was appointed “to pitch upon a place” for a meeting house. The land was obtained from Abel Peters and stones were placed, and finally on the “sixth month, 21st, 1776” such a grant was given as a part of the Nine Partners Monthly Meeting. George Harris, Issaac Hallock, and Paul Upton, first among the “other siders,” began to build their own meeting house. While they built, their meeting was moved to a small log house belonging to Paul and Phebe Upton. Their numbers increased rapidly and the meeting was removed to Elijah Hoag’s, being held in his barn in the summer and in his dwelling during the winter.

Henry Hull, 12 years old and living in Stanford at that time, wrote in his memoirs, “This country then presented a wild and uncultivated appearance, only a small part of the land in the neighborhood being clear and many of the fields enclosed with the logs which had been cut off them. There were two families of Friends near us, viz., Benjamin Hoag and Paul Upton from New England, and most of the other inhabitants were of the rougher sort. A small meeting of Friends was held about four miles from us in a log house belonging to Paul Upton, who with his wife Phebe Upton, have been valuable members of our society from their first settlement here and were truly a nursing father and nursing mother to many who have been brought forth in religious service.” Prior to the day’s service, these “raw, rustic looking people” engaged in lively disputes about the war.